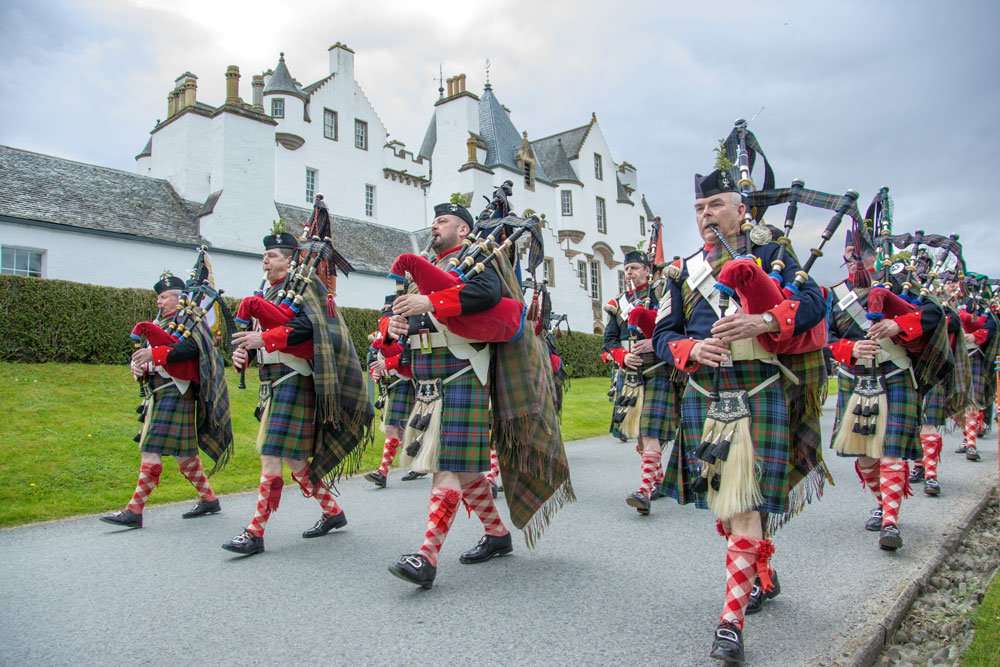 The Atholl Gathering takes place on the Bank Holiday weekend at the end of May every year and is a unique Highland tradition that has persisted at Blair Castle for generations. The two day Atholl Gathering weekend consists of The Atholl Highlanders’ Parade on the Saturday followed by the Highland Games on Sunday.

The Atholl Highlanders are the last remaining private army in Europe and were given the Queen’s Colours and official regimental status by Queen Victoria on her visit to Blair Castle in 1844. Now a purely ceremonial regiment of around 100 men including the pipes and drums, they parade once a year during the Atholl Gathering where the Duke of Atholl inspects his troops. New recruits are sworn in during the ceremony and given their Clan Murray sprig of juniper for their bonnets. It’s quite a show and well worth seeing.

The Atholl Gathering Highland Games is one of the first in a long season of highland games around Perthshire and is definitely one of the best. 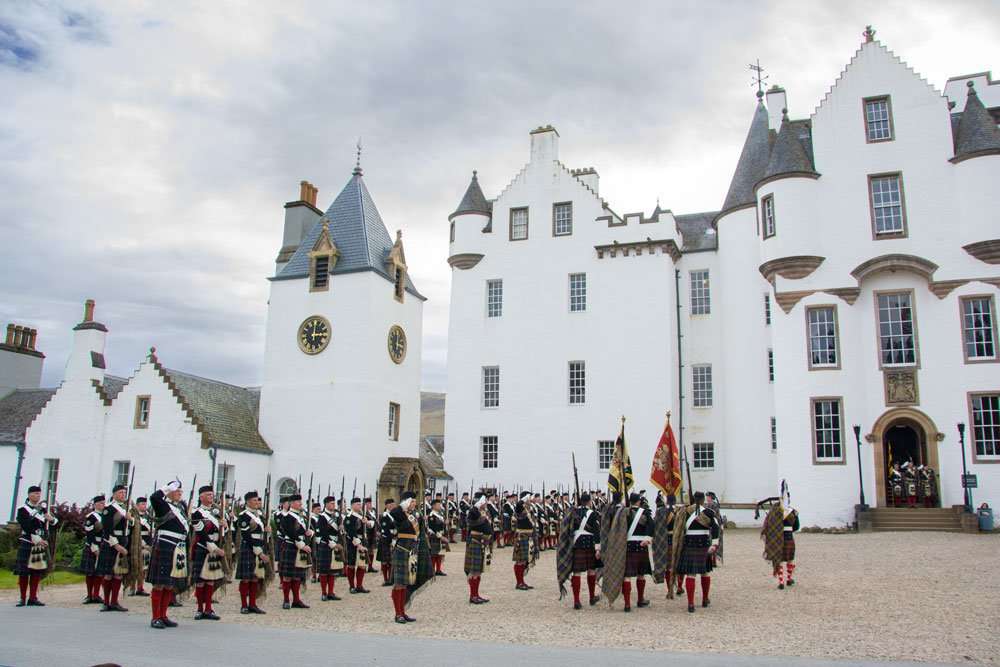 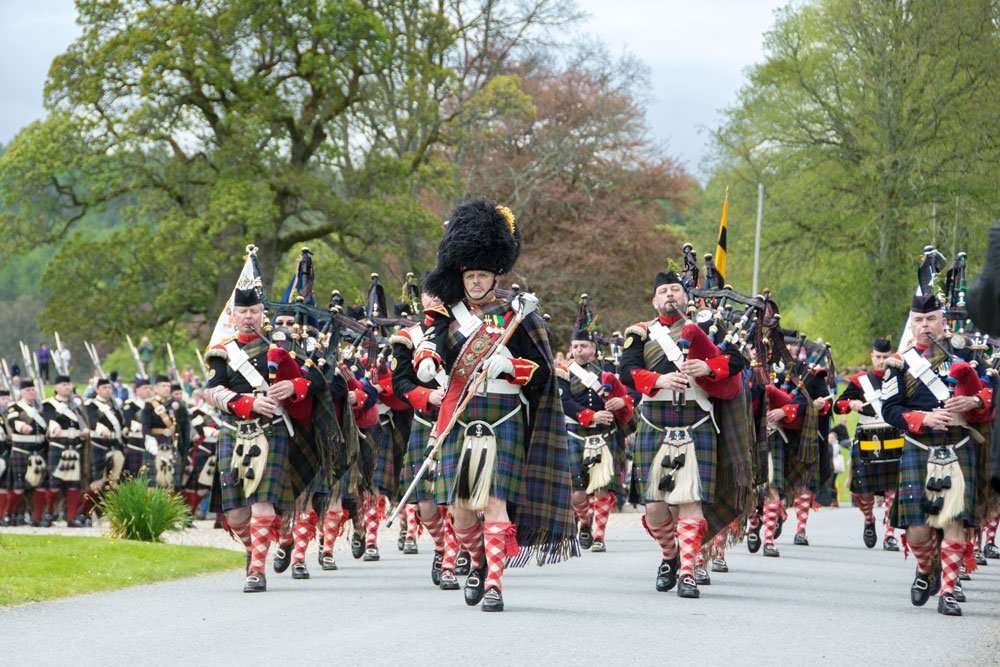 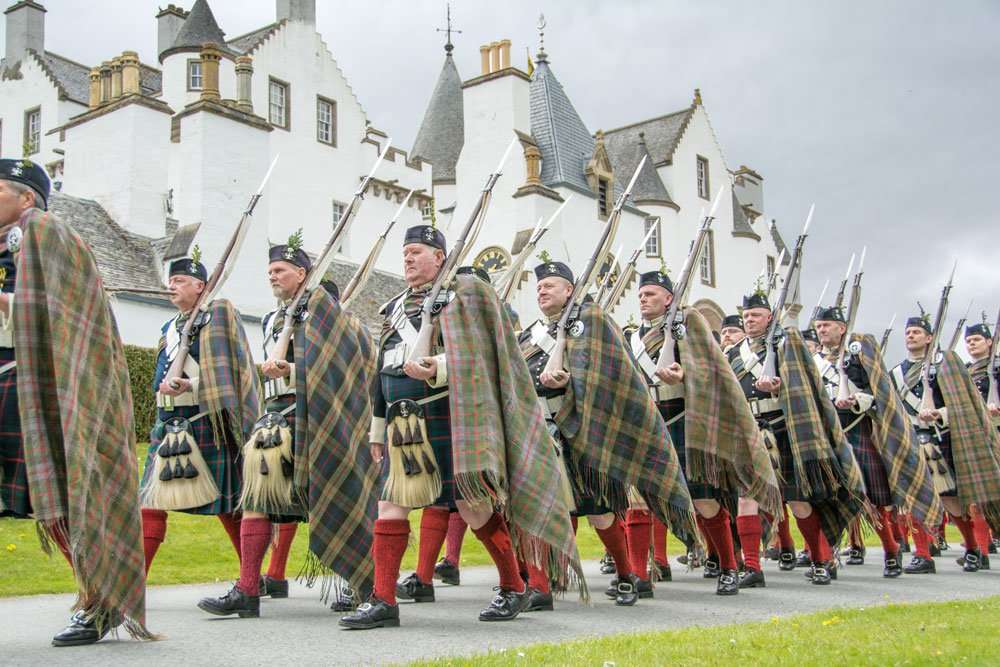 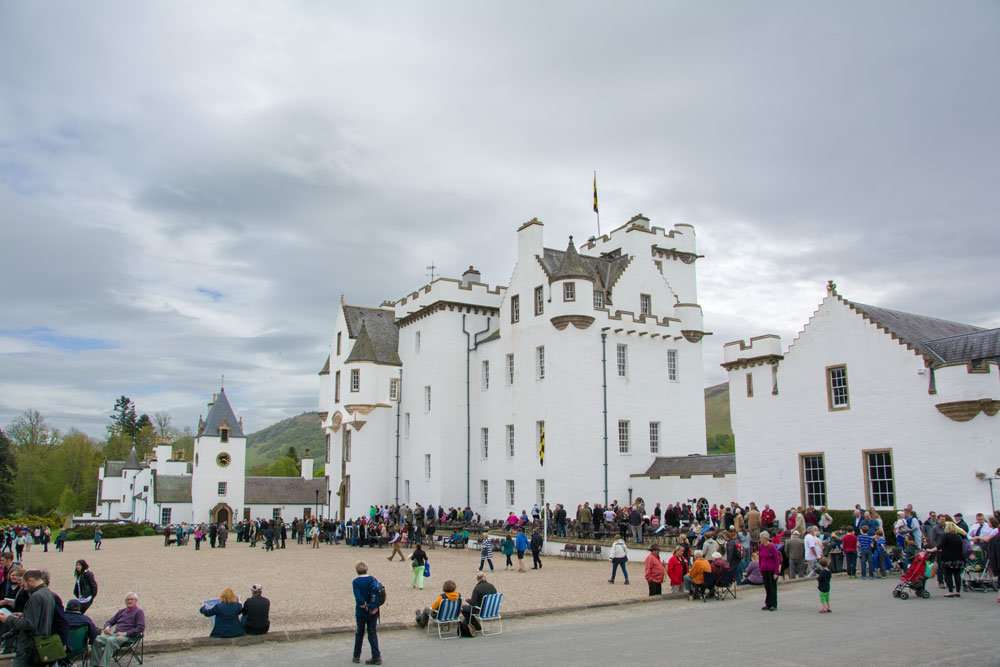