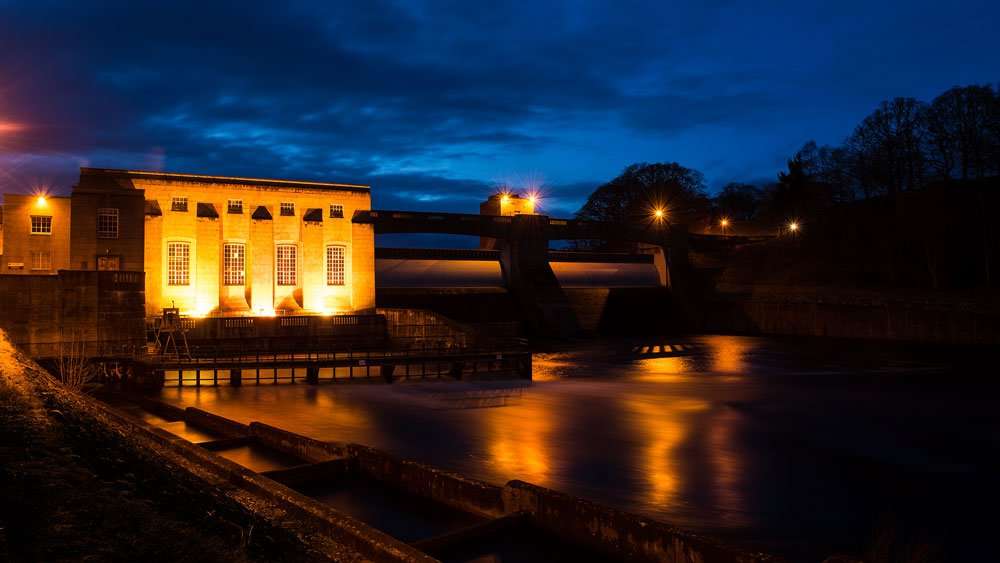 The Pitlochry dam was constructed in the 1950’s as part of a massive expansion of the hydroelectric network of dams and power stations that now serves much of the Scottish Highlands. The network is impressive and the remote nature of some of the large power stations is barely believable. The Pitlochry dam is, however, easily accessible and can be seen on a short loop walk of the town also taking in the Pitlochry Festival Theatre. As you walk across the dam you can look through the windows of the enormous turbine room where all the magic happens. After heavy rainfall, the dam gates are opened to release the build-up of water in Loch Faskally and it can be quite a sight.

The fishladder runs alongside the dam and is a 350m long series of concrete pools linking Loch Faskally with the lower River Tummel. It was created to allow the salmon to make their annual run to spawning grounds further up the river network. It is a fairly massive structure and you can see salmon moving up the pools through a viewing window at the dam. However, it is not quite the same as watching salmon leaping up the natural ladder up at The Linn of Tummel. That’s hard to beat.