Ancient houses in the Allean Forest 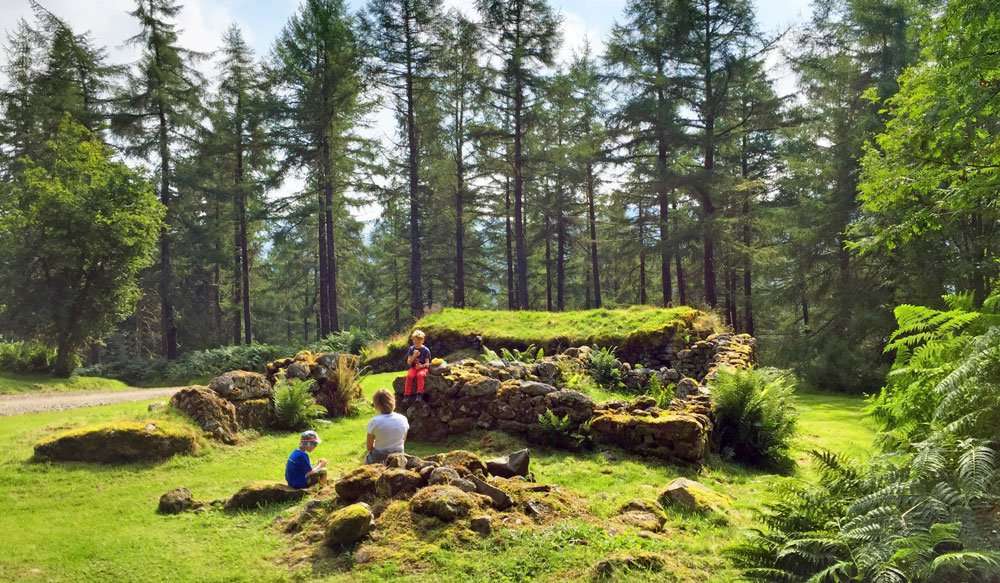 The Allean Forest is part of the Tay Forest Park and is close to the Queen’s View and Loch Tummel just outside Pitlochry. Typically well waymarked Forestry Commission paths lead up the hill through pine, fir and larch woodland. There are two main routes.
The Clachan trail is about 3km and leads you to a 300 year old black house farming settlement deep in the woods. One of the buildings has been partly restored and is open for a look around. This was a permanent farming settlement until the mid 19th century when the landowner evicted the tenants in favour of sheep farming.

The slightly longer (4km) Ring Fort Trail leads to the remains of a much older settlement. The Ring Fort is a huge, circular stone wall, which would have supported an enormous conical timber and thatch roof. This structure is thought to be iron age dating back to the 8th century and would have housed an extended family of farmers. There are apparently around 70 similer structures around Highland Perthshire.

The Forestry Commission have done a really nice job of preserving both these structures and the views from the Ring Fort are spectacular – you can just about make out Loch Tummel above the bench in the last photo. All in all a great short walk and picnic spot not far from Pitlochry and Knockendarroch. 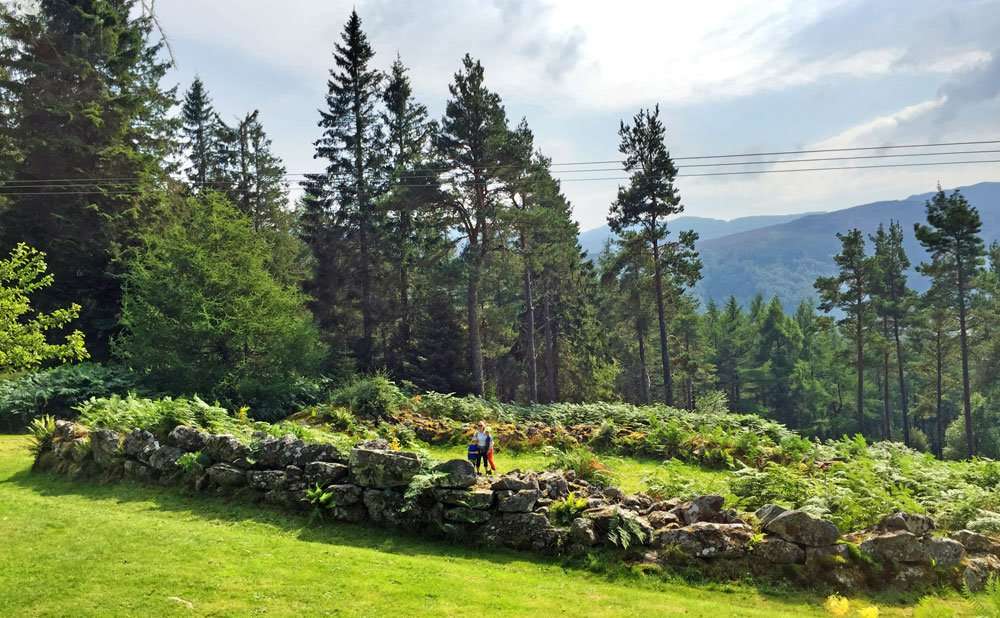 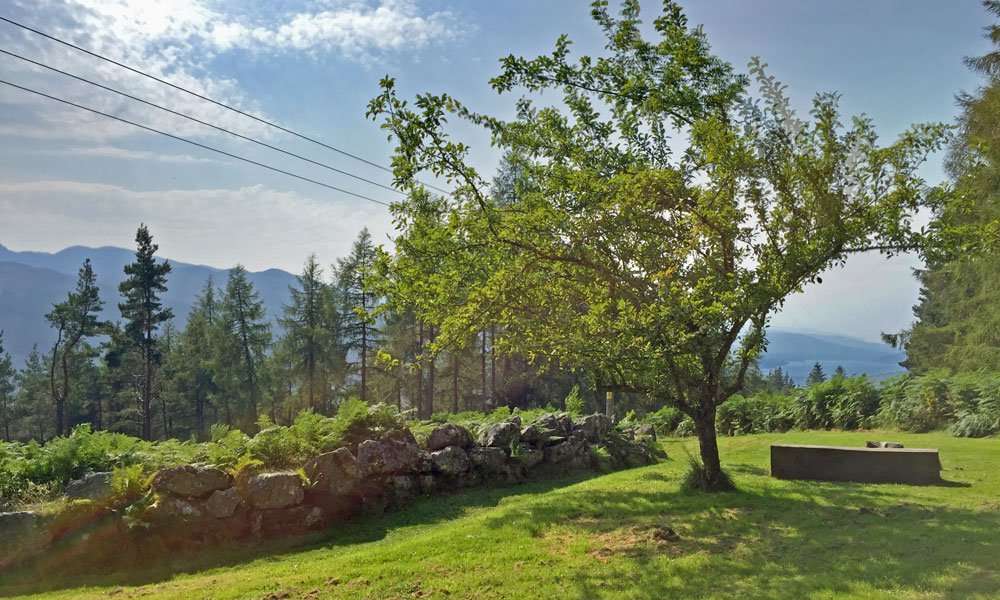