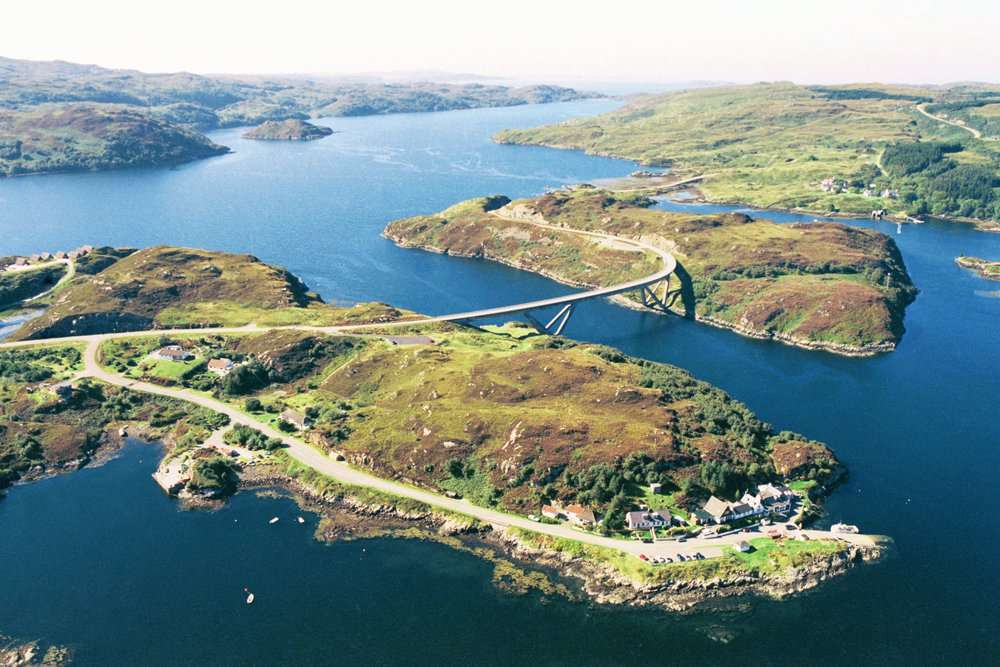 An aerial shot of Kylesku Bridge on the NC500 route.

The North Coast 500 (or NC 500) is a piece of marketing genius highlighting 500 miles of the best coastline driving Britain has to offer. The NC500 route kicks off north of Pitlochry in Inverness and takes in Dornoch, John O’ Groats, Wick, Tounge, Durness, Kylesku, Lochinver, Ullapool, Gairloch, Torridon and Applecross. We have driven the entire route a number of times (although not all at once) and can vouch for it being spectacular.

Our recommendation would be to tackle the NC500 anticlockwise because for us, driving south down the west coast back to Inverness is the best part of the route. We used to own the hotel in the photo above, way up in Kylesku in the far north west. It is a favourite part of the world for us and we would definitely recommend an overnight stop at the Kylesku Hotel.

Which ever way you plan to tackle the North Coast 500, you will almost certainly be planning a route north up the A9 to the start point in Inverness and a stopover in Pitlochry (at Knockendarroch Hotel of course) often makes perfect sense. Talking to NC500 drivers who have stayed with us en-route, it seems that Pitlochry is becoming the ideal pitstop before and after tackling this fantastic route. Remember, there is an untold number of adventures to be had around Pitlochry and Highland Perthshire too, in scenery dramatically different to that seen on the NC500…… why not stay here a few days too! Check out our Things to do in Pitlochry and Highland Perthshire page and, if you’ve not found it yet, here is the North Coast 500 official website.